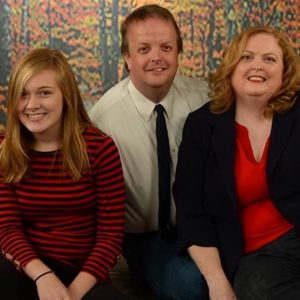 Meet Wyatt Wooten. He’s our Alumni Update for this week. We asked him some questions about his time with FWCC and what he’s up to now.

2- What is your favorite FWCC memory?

There were so many firsts for me during my time in the choir and so many things influenced and changed my life during that time.

During 86-87, it was the first time I traveled outside the country.  Just Canada, but still an experience. 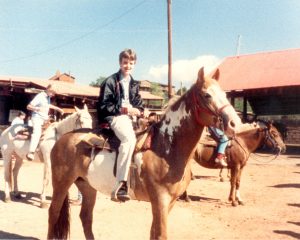 During 87-88, it was the first time at the Rocky Mountains and the first time I went to Pikes Peak.  The beauty of that place would make a lasting impression on me.

3- How did involvement with FWCC impact your life?

Before I joined the choir, I was a shy, introverted boy from a dysfunctional family who lived with my grandmother.  I kept to myself and had low self esteem and not many friends.  I already had a love for music and could sing pretty well.  The choir developed my music skills and helped me be a better singer.  But more importantly, with the three years I was in the choir, my self esteem and confidence grew.  My final year in the choir was also my junior year in high school.  I was old for the choir at that time, since it was long before the Youth Chorale was formed.  My senior year was my best year in high school, due mostly to the choir.  I knew I had value, which was hard for me to believe before I joined.  I was able to see outside my little universe and have new experiences that I wouldn’t have had otherwise. 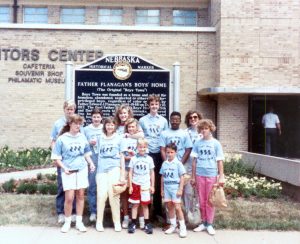 I am a test engineer for Harris Corporation.  Here in Fort Wayne, we build sensors for the environmental and weather satellite systems.  Needless to say, as a life-long  sci-fi geek, it is very cool to build things that go into space.

Mrs. Basse will always have a special place in my heart.  She helped this shy boy come out of his shell and believed that he could be something.  It may sound a little cliché, but it’s true.  My family didn’t have a lot of money, so either I was on a scholarship, or she may have contributed her own funds for my choir.